Tuesday was the second (and final) day of our Supreme Court hearing. The Court heard counter arguments to our appeal from the State, then Friends of the Irish Environment had 45 minutes to respond before proceedings ended. Further information and media coverage below.

We’ve been overwhelmed by the outpouring of support for our case – from Ireland and countries around the world. There may have only been a handful of us present in the King’s Inns, but you made us feel as though you were there with us in spirit. Thank you so much for the incredibly kind tweets, emails, and messages.

We’d also like to express our profound gratitude to the phenomenal legal eagles who worked tirelessly to make the magic happen (Climate Case Ireland is one of the only climate cases in the world to make it to the highest national court of law). Andrew Jackson, Orla Clarke, John Kenny, Eoin McCullough, and Brian Kennedy are legends. Their representation and advocacy for our fundamental rights has made us feel like winners irrespective of the outcome.

The atmosphere of Tuesday’s proceedings captured beautifully by Donna Cooney!

Also, check out this great little overview of the history of our case to date here – with great thanks to PreserveIreland! 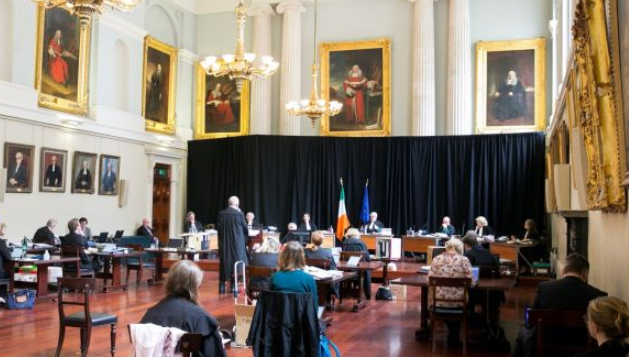 It will likely be some months before the judgment is ready – of course we will keep you posted. Keep an eye on our Twitter, Facebook and Instagram for online events over the coming months in the meantime!

Finally, a huge thanks to the climate movement in Ireland and around the world, and all those continuing to fight the good fight for climate justice. This case is for all of us!

Summary of the day:

Senior Counsel for Friends of the Irish Environment, Brian Kennedy, replied, with his remarks including: