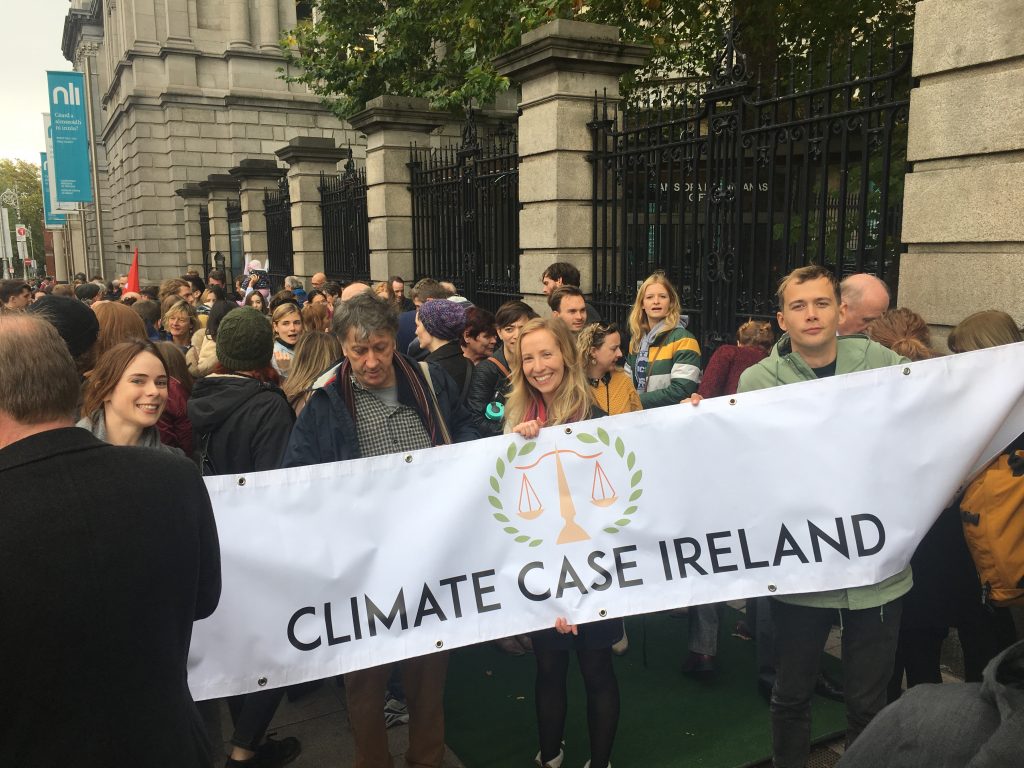 What is the case about?

This legal action taken by Friends of the Irish Environment is the first case in Ireland in which citizens are seeking to hold their government accountable for its role in knowingly contributing to dangerous levels of climate change.

We argue that the government’s approval of the National Mitigation Plan in 2017 was in violation of Ireland’s Climate Action and Low Carbon Development Act 2015 (the Climate Act 2015), the Constitution and human rights obligations. We also claim that the Plan falls far short of the steps required by the Paris Agreement on climate change.

What was the inspiration for the case?

This case is inspired by other climate cases globally, including for example a case brought by an NGO and 900 Dutch citizens who filed a successful case against the Dutch Government (Urgenda case), as well as the 21 children currently taking on the US Government (Juliana v. US; Our Children’s Trust).

The US case is due to be heard soon, and the Urgenda case was appealed by the Dutch government, resulting in an amazing judgment from the Court of Appeal on 9 October 2018. In a finding that will echo around the world, the Dutch court held that “the State is acting unlawfully (because in contravention of the duty of care under Articles 2 and 8 [European Convention on Human Rights]) by failing to pursue a more ambitious reduction as of end-2020, and that the State should reduce emissions by at least 25% by end-2020.”

See ‘International Court Cases’ near the bottom of this page for other examples.

What do we hope to achieve?

We urgently want more ambitious government action on climate change. We have asked the High Court to quash Ireland’s National Mitigation Plan and remit it to the government for remaking in accordance with the law. This will mean making an ambitious emissions reduction plan which helps to avert dangerous climate change.

Why is legal action necessary?

Under the Paris Agreement in 2015 all countries which are members of the UN agreed that global average temperature increases need to be kept well below 2°C and that efforts need to be pursued to limit global warming to 1.5°C. The countries also agreed that this in short means that all emissions need to be reduced as fast as possible. Nevertheless, Ireland’s emissions are rising. All countries need to do their part and Ireland contributes disproportionately to climate change, having the third highest emissions per capita in the EU.

Under the UN Framework Convention on Climate Change, Ireland has repeatedly agreed that developed countries such as Ireland need to cut emissions by 25-40% by 2020 (compared to 1990 levels) to help avert dangerous climate change.

Despite the fact that the government accepts that climate change poses a grave danger and in Paris agreed that efforts need to be stepped up, effective action has not followed. Instead, in 2017 the government approved Ireland’s first National Mitigation Plan, which is very weak and full of gaps.

The EPA’s own figures show that Ireland’s actual emissions between 1990 and 2020 are projected to increase by 11-12%, and to increase again by 2030. Ireland is therefore on track to blow its fair share of the global carbon budget, undermining the government’s stated commitment to climate justice. The most vulnerable and the least able to adapt are set to suffer most.

Is this just one NGO saying this or do others agree?

Ireland’s Climate Act 2015 created a dedicated Climate Change Advisory Council. Here’s what the Council had to say in a report after the National Mitigation Plan was approved: “It is urgent that effective additional policies are implemented to place the economy on an environmentally sustainable pathway to a low-carbon Ireland in 2050…While the draft National Mitigation Plan identified a range of policy options, the introduction of, and commitment to new, cost-effective emission reduction polices and measures is essential.”

Here’s what the Chair of the Council said later in the press: “The plan has many ideas for action but it contains very few decisions… Without major new policy initiatives, not only will we miss the 2020 targets, but Ireland will continue on a path of rising emissions. We need decisions and actions that will move Ireland back on track and on to a sustainable path, so that by 2050 Ireland is no longer adding to climate change.”

What does the Paris Agreement say?

Under the Paris Agreement governments effectively agreed that holding global warming to 2°C is not in fact a “safe” limit, leading to a more ambitious target in the Paris Agreement: “Holding the increase in the global average temperature to well below 2°C above pre-industrial levels and pursuing efforts to limit the temperature increase to 1.5°C above pre-industrial levels, recognizing that this would significantly reduce the risks and impacts of climate change.”

Countries agreed that their mitigation efforts need to be increased well before 2020, and that these ambition increases need to continue at 5 year intervals after 2020. They also agreed that developed countries such as Ireland have a special responsibility to reduce their emissions faster than others.

What is dangerous climate change?

As mentioned above, under the Paris Agreement countries agreed that global warming needs to be kept to well below 2°C and efforts need to be pursued to limit the increase to 1.5°C in order to prevent dangerous climate change. Current policies set us on a trajectory for about 3.6°C by the end of the century. Here’s a paper published recently by the World Bank revealing the shocking consequences of a 4°C temperature increase.
We’re already beginning to see the very serious impacts at just over 1°C of warming. Letting temperatures rise to 3.6°C (or above) would lead to impacts such as an increased incidence of much stronger storms and floods, longer droughts, sea level rise, and more severe heatwaves. This would inevitably lead to hundreds of millions of people being displaced by climate impacts.

The World Health Organization recently estimated that around 250,000 additional people will die per year from 2030 to 2050 as a result of climate change, based on just a small number of risks, such that the actual number will likely be higher.

The relationship between temperature, greenhouse gas emissions and risk is neatly captured by the figure on p.18 of a recent report from the Intergovernmental Panel on Climate Change (NB. this figure was agreed by all member countries, including Ireland). As you will see, we are already moving into the ‘danger’ zone at a global average temperature increase of 1.1°C. Because greenhouse gases persist in the atmosphere – for hundreds of thousands of years in the case of carbon dioxide – the carbon emissions we emit today will have implications for us and for all of the generations which come after us. This raises serious issues of intergenerational equity.

Friends of the Irish Environment 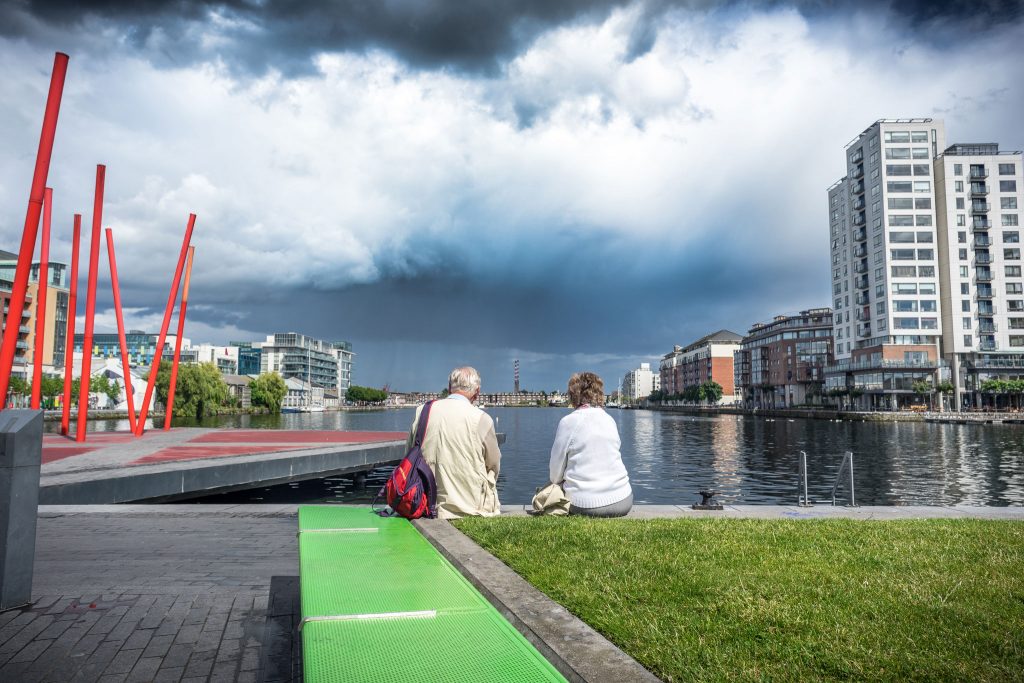 We have a strong track record in environmental litigation in Ireland. For example, this legal action seeks to build on our recent Dublin airport case, an historic decision in late 2017 in which Ireland’s High Court recognised for the first time an implied (‘unenumerated’) right to environmental protection in the Irish Constitution. As the judge held in the case (see paras 241-268), “A right to an environment that is consistent with the human dignity and well-being of citizens at large is an essential condition for the fulfilment of all human rights.” 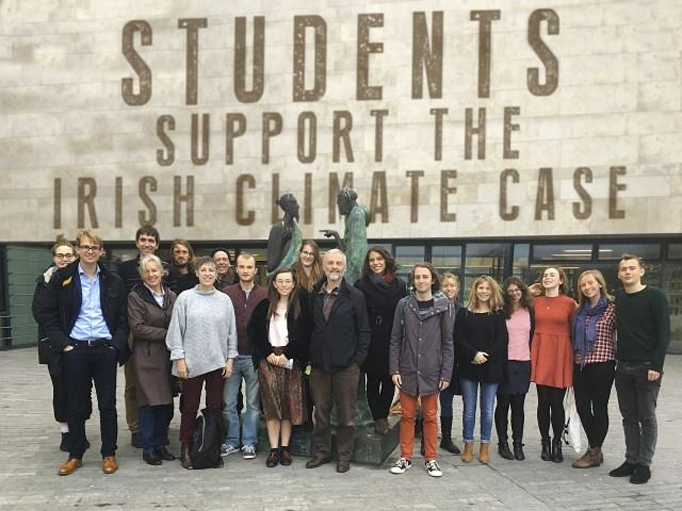 We are being advised by a team of expert lawyers to give our case the best chance of success. The team is made up of:

We wanted to make the legal documents relating to the case publicly available here. However, the Government would not consent to the documents being published. We approached the High Court under section 65(3) of the Court Officers Act 1926, since the documents are at the court’s disposal. However, the Government argued that there would need to be a separate hearing on this issue, and the court agreed. In the circumstances we are not in a position to pursue the issue of publishing the legal documents because of the financial risk of losing this application and facing a prohibitive adverse costs award.

Use the BECOME A SUPPORTER tab to keep up to date with developments in the case. In the meantime, here are some relevant background documents.

Judgment of High Court of Ireland of 19th September 2019

IPCC (2015) Summary for Policymakers of the Synthesis Report of AR5.

EPA (2017) A summary of the state of knowledge on climate change impacts for Ireland.

In recent years, climate change cases have been filed by ordinary citizens all over the world, demonstrating the power of holding governments accountable in court. Read more about recently filed climate cases here: 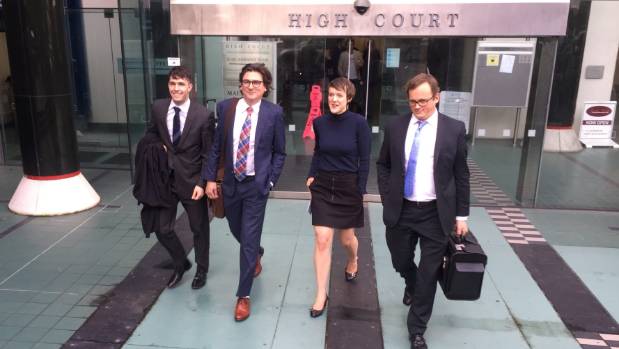 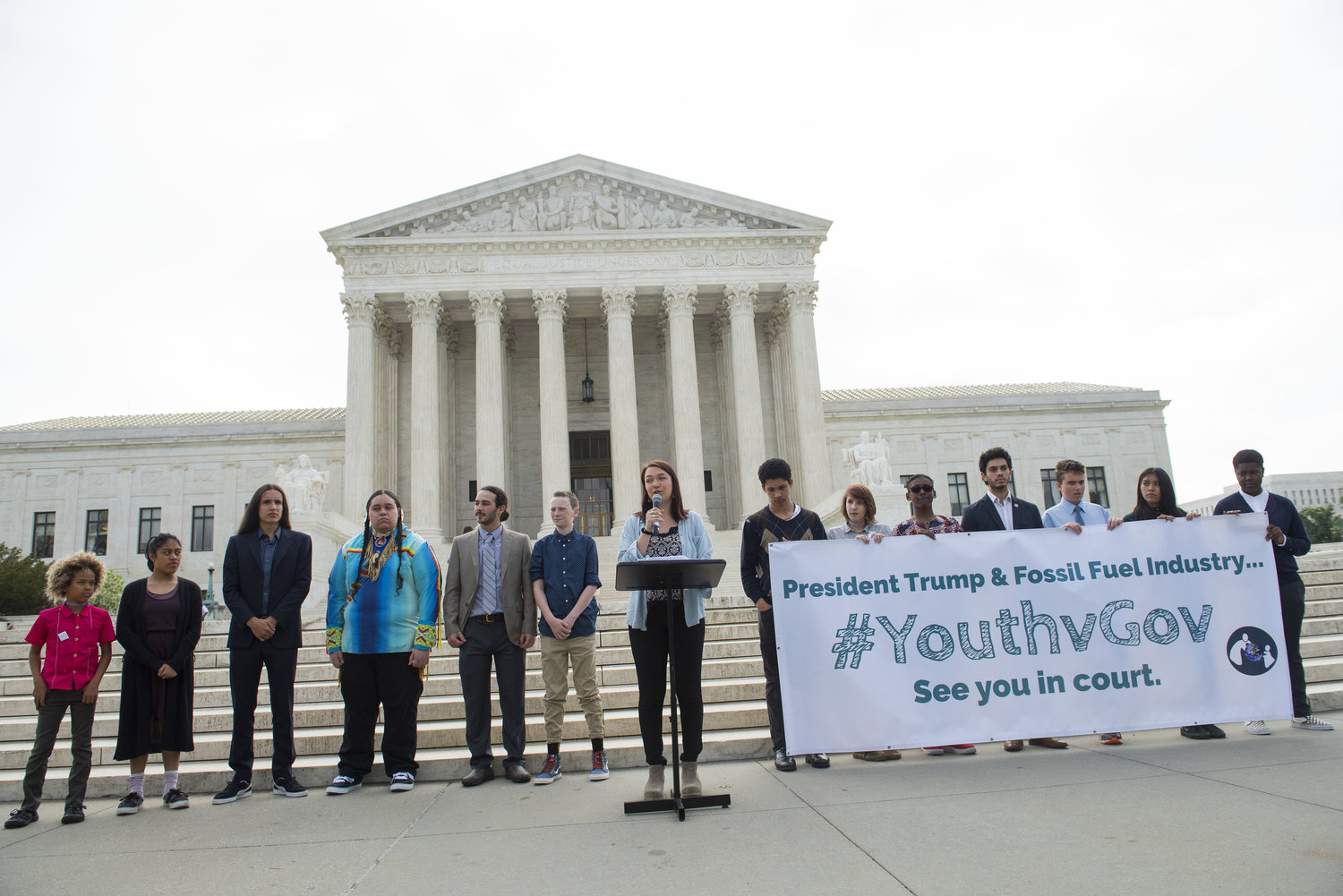 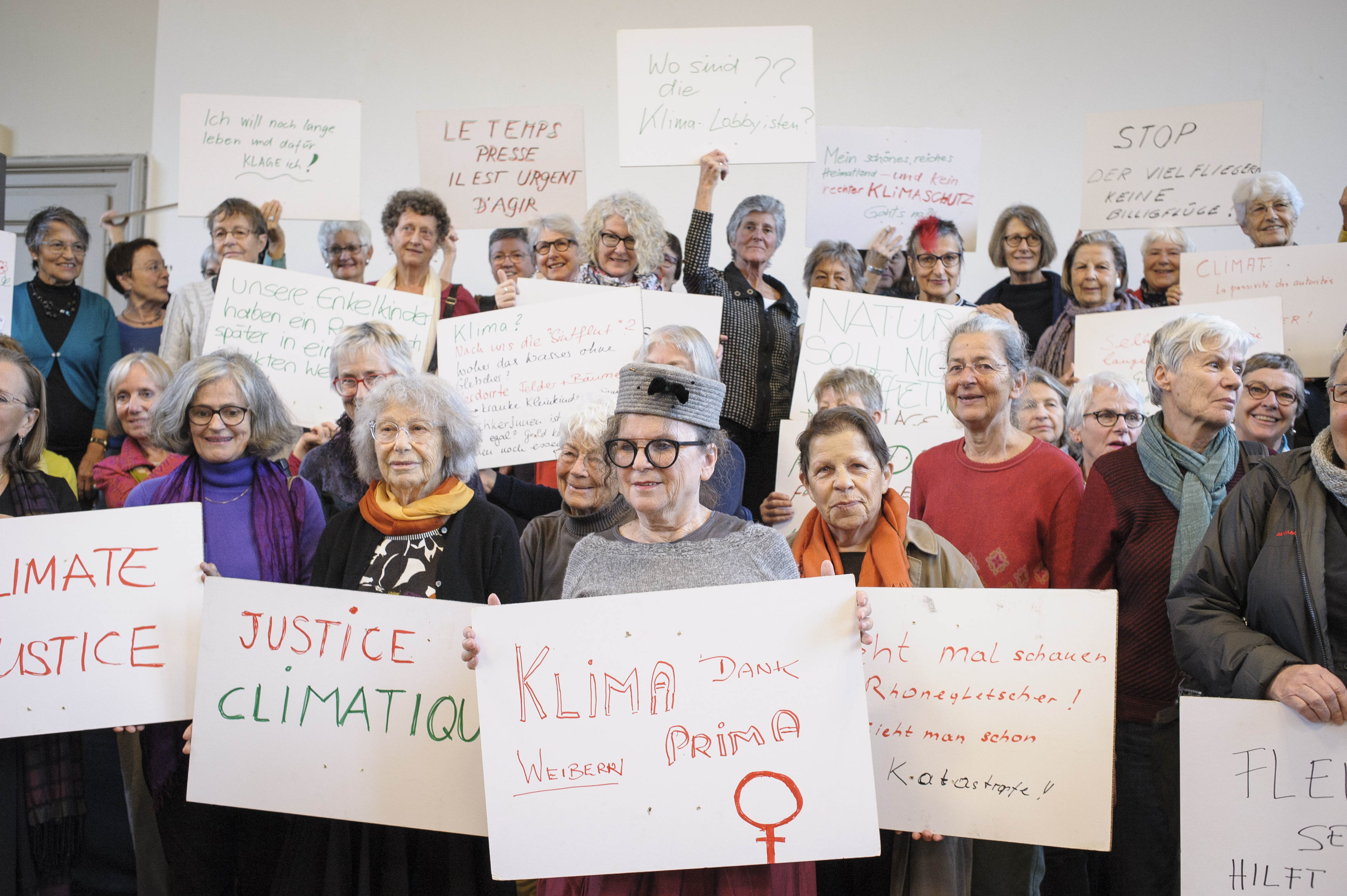 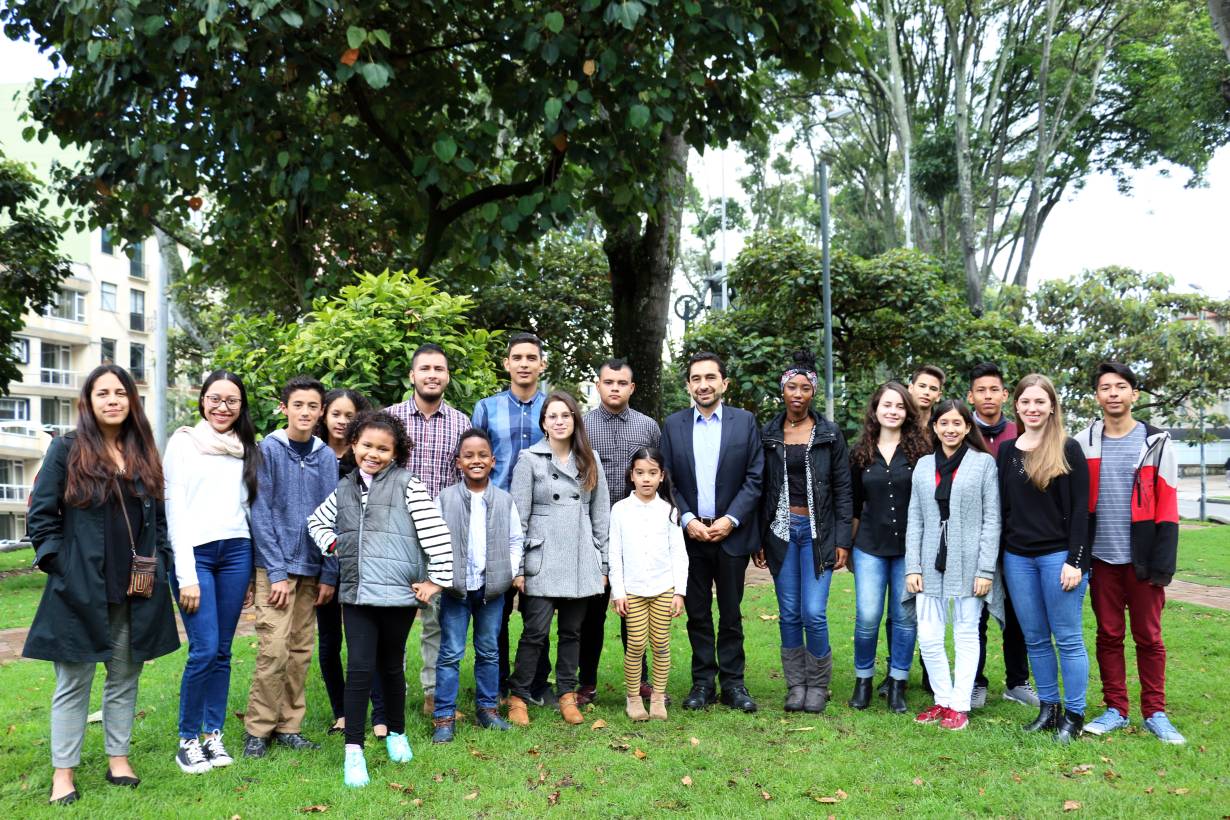 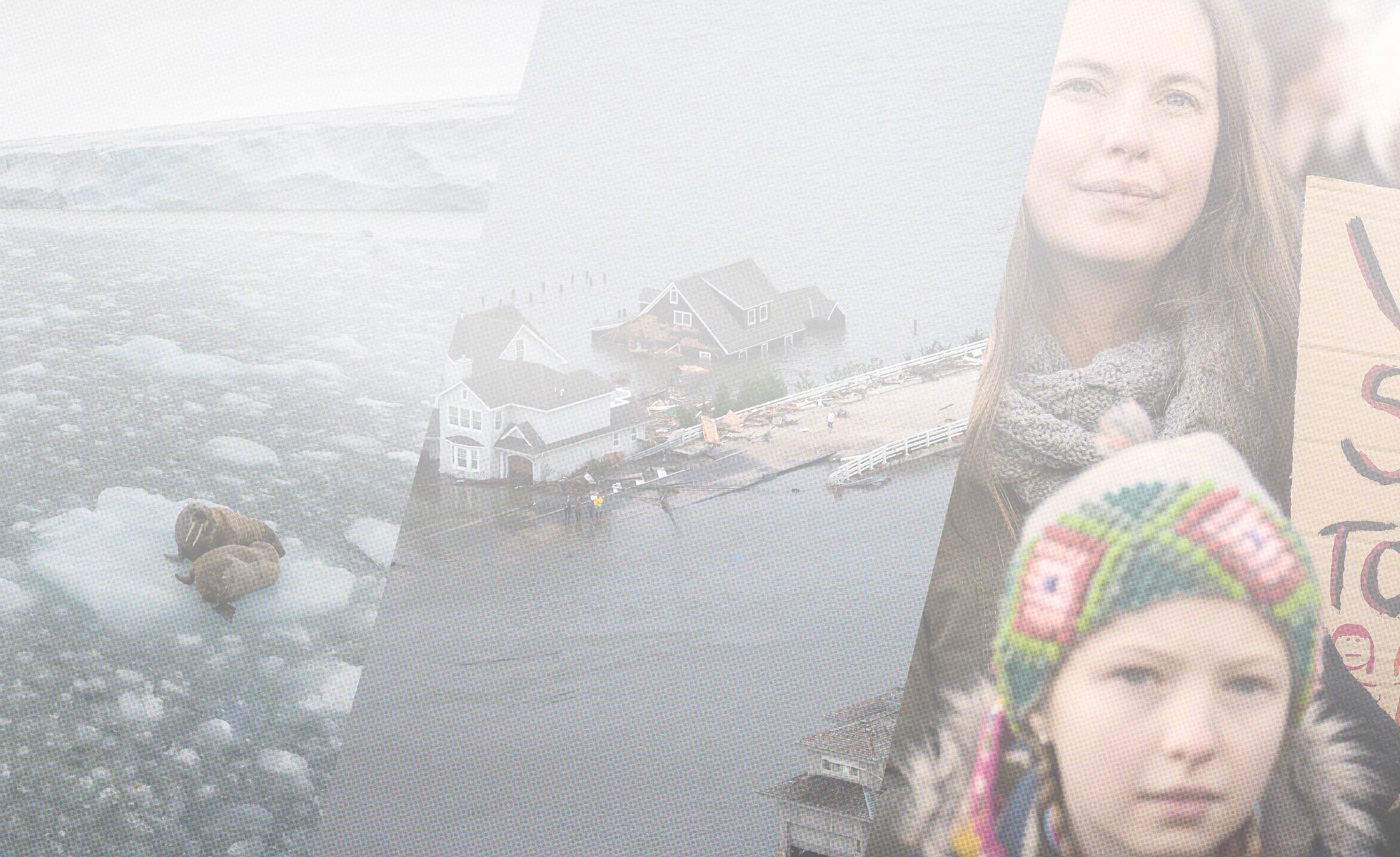 You can find background information on climate change and the Irish Government’s climate policies on the following websites. 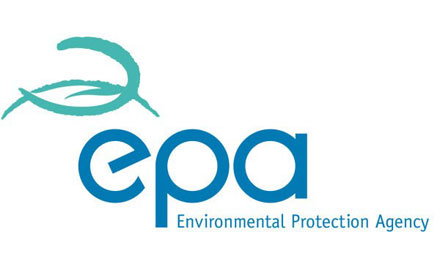