In June 2020, we took the Irish Government to the Supreme Court for failing to take adequate action on climate change – and won!

Climate Case Ireland is the first case of its kind in Ireland and only the second case in the WORLD in which the highest national court of law has required a Government to revise its national climate policy in light of its legal obligations.

A historic victory for climate justice!

This case is in my name! 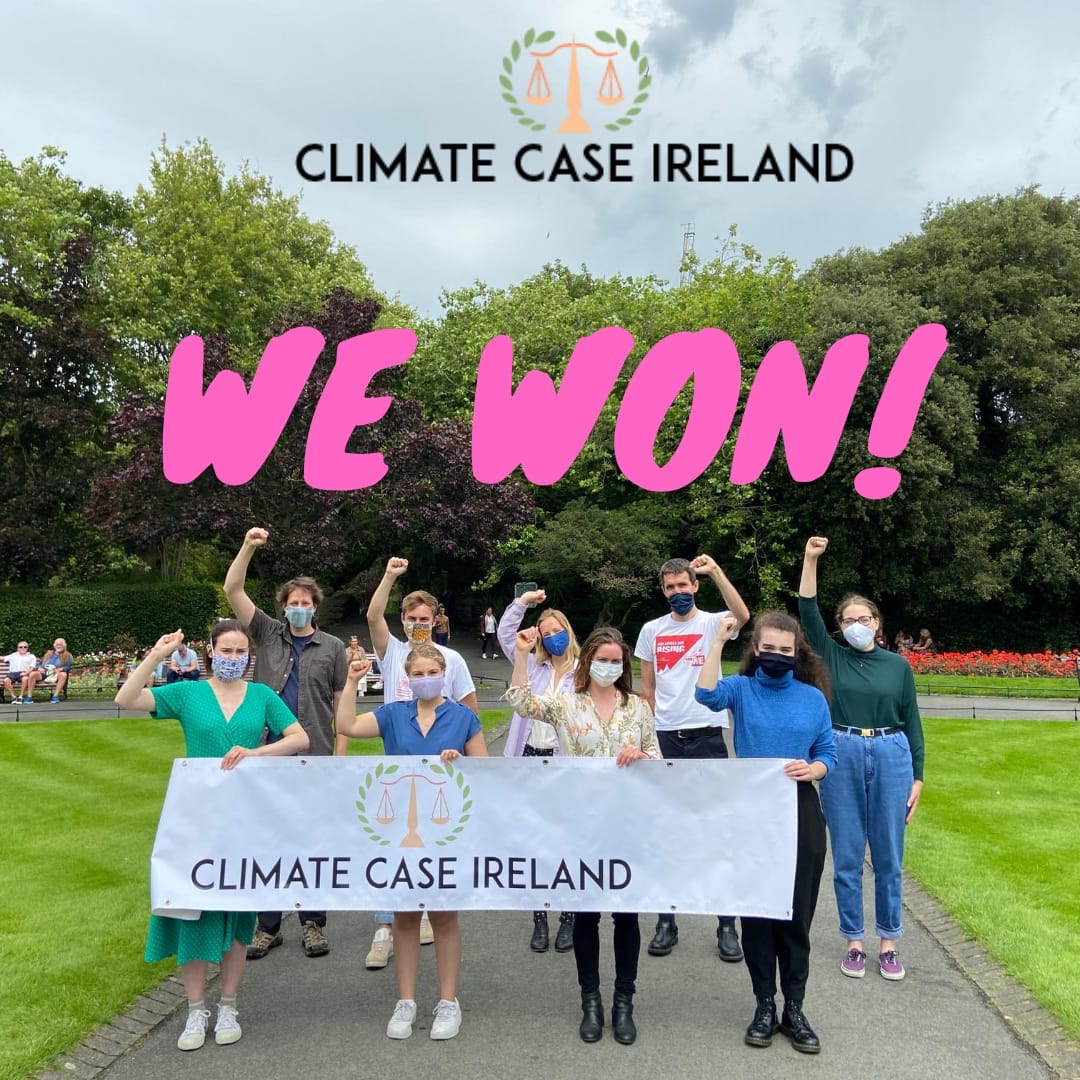 Support our call for #CitizensAssemblyNow #EnvironmentalRightsNow by signing our petition

More than two years ago – on 9th May 2019 – the Dáil declared a climate and biodiversity emergency and called for the Citizens’ Assembly to examine how the State can improve its response to the issue of biodiversity loss. In the Programme for Government agreed in June 2020, the Government Parties committed to “progress the establishment of a Citizens’ Assembly on Biodiversity,” but so far no visible progress has been made.

In March 2021, Ireland – alongside 68 other countries –  submitted a statement to the UN Human Rights Council stating that “a safe, clean, healthy, and sustainable environment is integral to the full enjoyment of human rights. Therefore the possible recognition of the right at a global level would have numerous important implications on what we leave to our future generations…We are committed to engaging in an open, transparent and inclusive dialogue with all States and interested stakeholders on a possible international recognition of the right to a safe, clean, healthy, and sustainable environment.”[1]

In July 2020, in Climate Case Ireland, the Supreme Court rejected implied judicial recognition of a right to a healthy environment, stating that the “advantage of express incorporation is that the precise type of constitutional right to the environment which is to be recognised can be the subject of debate and democratic approval.” Given the Government’s support for dialogue at the international level regarding the possible recognition of a right to an environment, for consistency the Government should also support such dialogue at the national level, and the forthcoming Citizens’ Assembly on Biodiversity Loss provides an opportune occasion for this to happen.

In our Open Letter, Climate Case Ireland and our co-signatories are calling on Fianna Fáil, Fine Gael and the Green Party to:

This legal action taken by Friends of the Irish Environment (FIE) is the first case in Ireland in which citizens are seeking to hold their government accountable for its role in knowingly contributing to dangerous levels of climate change. The case was heard in January 2019 and we’re currently awaiting the judgment from the High Court. The case seeks to build on FIE’s legal successes, including the recognition in 2017 of an unwritten right to environmental protection in the Irish Constitution.

The extreme impacts of climate change are beginning to hit home in Ireland, from severe flooding through ex-Hurricane Ophelia to the ‘Beast from the East’ (caused by disruption of the polar vortex as a result of exceptionally warm Arctic temperatures) and the summer drought in 2018. We need to act urgently to ensure this and worse does not become the new normal for us and for our children and grandchildren. 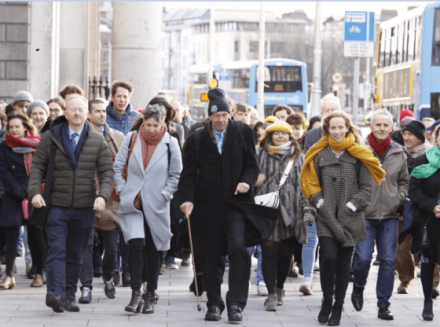 Our case was heard in the High Court in Dublin over four days – from 22-25 January 2019. In the lead up to the hearing a series of events were held in support of the case, culminating in a large Children’s Rally for Climate Action outside the Irish parliament the weekend before the hearing.

The hearing itself was an incredible experience with an amazing atmosphere, captured well in this newspaper article in the Irish Examiner from the first day of the hearing. Public interest in the hearing was such that there were people standing in the courtroom because all available floor space was taken with people sitting, in addition to all the seats being taken!

A great crowd joined us for the judgment of the High Court on 19th September 2019. While the decision went against us at the first occasion, we didn’t give up! Our historic climate case was heard by an exceptional seven Supreme Court Judges on Monday the 22nd and Tuesday the 23rd of June, 2020. Just one month later, on July 31st, our verdict from the Supreme Court was delivered remotely.

The landmark Supreme Court judgment held that the Government’s National Mitigation Plan, a main plank of its climate change policy, failed to specify the manner in which it is proposed to achieve the ‘national transition objective’, as required by the Climate Act 2015. The Government must now create a new, more ambitious National Mitigation Plan that complies with Ireland’s national and international climate obligations. The Government must detail how reductions in emissions will be achieved in the short-term, as well as the medium to long-term.

This case is for everyone in Ireland, young and old. We’re hoping the case will capture imaginations here and abroad and galvanise a movement pushing for ambitious and urgent action.

Explore our website for more information on the case, how to sign up to support the case, and how to get involved.